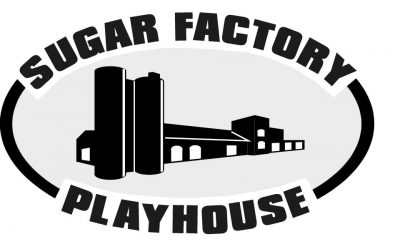 Sugar Factory Playhouse is pleased to announce auditions for their Halloween Special, “Frankenstein,” adapted for the stage by Mark Scharf from the novel by Mary Shelley, and directed by the Brothers Green (Travis Green and Brandon Green).

Auditioners should come prepared to read sides from the script (sides will be posted on SugarFactoryPlayhouse.com and on the Facebook event). The directors request that you bring a theater resume and headshot if possible. All roles are open (see cast of characters below). Some actors will play multiple roles.

Captain Walton is on an arctic expedition when he finds and saves Victor Frankenstein from the cold; Frankenstein has been pursuing the Creature he created and brought to life. Walton retells the tale of the monster’s creation and the resulting mayhem as the story, like the creature, comes alive onstage. This thrilling stage adaptation by award-winning playwright Mark Scharf retains all the dread, anguish and heart of the original. The Creature sets out on his own to seek his education and identity, but remains full of anger at Frankenstein for creating him. Frankenstein, filled with remorse, seeks peace and solitude, while trying to keep his bride-to-be Elizabeth and other loved ones safe. When the Creature confronts Frankenstein, demanding he create a female companion for him, the doctor refuses, and the Creature vows the most cruel revenge: he will find and kill Elizabeth.

CAPTAIN WALTON: (30s to 50s) captain of a ship bound for the Arctic on a voyage of exploration

ALPHONSE FRANKENSTEIN: (50s to 60s) father of Victor and William Frankenstein, a nobleman of Geneva, Switzerland

FATHER: (30s to 40s) head of a peasant family struggling to feed them

DAUGHTER: (10 to 15) young daughter of the peasant father and mother