Auditions for "The Gift of the Magi" 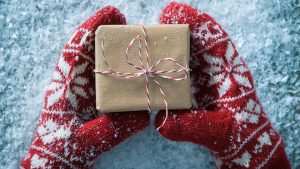 Sugar Factory Playhouse is pleased to announce auditions for “The Gift of the Magi” by Jon Jory. This heartwarming romantic comedy, narrated by a group of Christmas carolers, tells the story of Della and Jim, who are desperately in love with each other but also very poor. In their attempts to buy each other proper Christmas gifts, a strange twist of fate leads the couple to find the perfect gifts for one another — but at an unexpected cost. Though they may not have the perfect Christmas, the couple learns about the importance of the gift of love in this beautiful adaptation of the story by O. Henry. The play is directed by Karen Chatterton.

All parts are open for actors in their late teens to adults.

Performance dates are December 6 – 17, 2018 at the Midvale Performing Arts Center.

Audition dates have been set on October 18 and 19 at West Jordan City Hall (8000 South Redwood Road) from 7:00 until 9:00 p.m. Actors may come at any time during the audition dates and times.

Actors will be asked to read sides from the script, which can be downloaded here: https://drive.google.com/file/d/1IdxDlZpBxLWQ5AYmI8tElPObxYQ_R30I/view?usp=sharing

The sides do not have to be completely memorized.

Please bring a resume and head shot. Singers should be prepared to sing 16 measures of a Christmas song, no a capella or CDs please; an accompanist will be provided.

Jim: (early to mid-20’s) Young man who falls deeply in love with Della. He is unselfish, devoted, and sentimental. He cherishes a watch given to him by his grandfather, which is his prized earthly possession; only Della means more to him.

Della: (early to mid-20’s) Young woman who falls deeply in love with Jim. She is modest, cheerful, compassionate, and at times, too critical of herself. She has long, beautiful hair which she sells to buy a gift for her beloved Jim.

Digby: (early to mid-20’s) The cavalier and playful friend of Jim. He serves as both facilitator and antagonist to Jim’s better practical self.

Dot: (20 to 30 years of age) Sister to Della. She is loving and supportive of her sister.

Clarice: (35 to 40 years of age) Neighbor to Della, she has a large family and depends on Della for support and understanding of her desperate situation.

Shopgirl: (30 to 50 years) Works in a jewelry/watch shop. She is a bit bold and speaks her mind.

Madam Vodvaskaya: (45 and older) Mature and experienced Russian woman – dramatic in her actions, bold and brash. She is a comedic character that takes herself very seriously.

Passersby, shoppers, and Christmas choir: men and women of all vocal ranges. Must be able to sing Christmas carols in vocal parts.