Posted by Better Days 2020 ; Posted on
Call for Artists - DEADLINE : 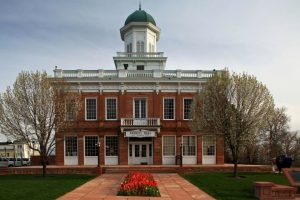 Request for qualifications from artists and/or artist teams interested in creating site specific installation to the first women to vote in this modern nation at Council Hall in Salt Lake City, UT on February 14, 1870.

Council Hall was the place where the first woman voted in the modern United States. Two days prior, in that same hall, the territorial legislature voted unanimously to extend voting rights to women. Although Wyoming had already agreed to give women the right to vote, Utah held the first official election in which women participate.

This conceptual monument is intended to mark and memorialize the first woman to vote and the millions of women who have voted in Utah and across the nation since that day. It is hoped this monument will be the marker for Utahans and tourists’ increased awareness of this moment in history and the pride in Utah’s leadership.