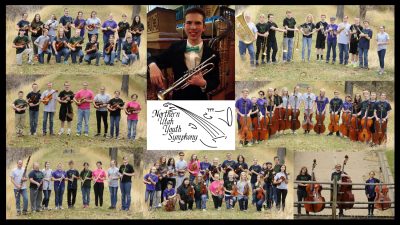 The Northern Utah Youth Symphony and Chamber Orchestra will be presenting a free concert “Midwinter Showcase” February 25, 2017, at 4:00 pm at the beautiful Ogden High School Auditorium.

Lake Bonneville Symphonic Society is a 501(c)(3) non-profit organization dedicated to classical music in the Northern Utah area. The Lake Bonneville Symphonic Society is sustained by a grant from the George S. and Dolores Doré Eccles Foundation and an annual LBSS Gala Fundraiser Dinner & Silent Auction. They are also funded by individual donors, parents, grandparents, and employee gift matching from Autoliv. LBSS is also supported by Box Elder County Tourism.

In addition, this project is supported in part by the Utah Division of Arts & Museums, with funding from the State of Utah and the National Endowment for the Arts.