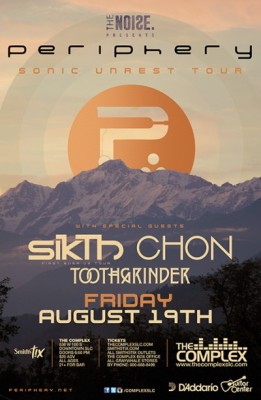 The legendary traditions of progressive rock are not without critics. Detractors say the otherwise celebrated style lacks spirit. It lacks emotion. But Periphery smashed this misconception to bits across two full-length albums and a handful of unconventional releases. The band’s mind-bending instrumentation and diverse vocalizations are delivered with vibrant urgency and inescapable hooks that act as an inviting tip to the sonic iceberg lurking beneath. Periphery’s appropriately titled third full-length collection, Juggernaut, lays waste to all expectations within and without the genre.

The meticulously crafted, thematically driven, two-album masterpiece is the end result of focus, determination and unrelenting ambition from the creatively obsessive and boundlessly skilled heavy music alchemists. Artists as diverse as Pink Floyd, The Beatles, Green Day, The Who and similarly minded Periphery forefathers like Rush, Genesis and Voivod have tackled the concept album before, with earthmoving and genre-shifting results. Juggernaut finds the band creating something engagingly familiar yet altogether unique, resulting in a forward thinking and modernized take on the concept album for a new generation fans. The Juggernaut narrative tells of the birth and re-birth of a main character as he volleys between right and wrong, good and evil.

“Given the nature and complexity of theJuggernaut story, we’ve actually done something different and exciting in regards to the release,” explains drummer Matt Halpern. “Juggernaut is a story that is told through our music, and we want our audience to fully digest the whole experience. Because Juggernaut is very detailed and dense in terms of character development, peaks and valleys, climaxes and resolutions we’ve divided the story and music in two, in the form of two separate albums. Juggernaut: Alpha, the first part of the story, focuses on the back story and character development, while part two/album two, Juggernaut: Omega, focuses on some pretty serious and gut-wrenching events, taking you for a thrill ride along the main character’s complex journey. Although the albums are split in two physically, the story is only complete when the albums are digested consecutively, allowing the listener to recognize and hear the lyrical and musical overlapping themes, foreshadowing, and connected ideas.”

Periphery’s Juggernaut was a long time in the making, with demos and conceptual ideas gestating long before the bulk of the work began. Perhaps Periphery’s first truly collaborative release, Juggernaut saw all six members of the band work collectively toward a single-minded goal: to fully expand their sound and faithfully render the story.

“This is new ground and it’s exciting,” band founder and guitarist Misha Mansoor says of the decision to embark on such an ambitious undertaking. “It’s a way to shake things up. Everyone was allowed to contribute to everything, even if it wasn’t his instrument. It wasn’t about confrontation. Everyone was focused on creating a really cool album.”

“That’s not to say it was smooth sailing the whole time,” offers longtime vocalist Spencer Sotelo. “But I think the problems we did face brought us closer and made us better at working together. In the end we ended up with something really, really cool. I can speak for everyone when I say Juggernaut is a huge accomplishment for all of us.”

The conceptual nature of the albums also lends itself to new soundscapes and an overall more adventurous feeling, broadening the dynamic range of the music as dictated by the emotional highs and lows of the story Juggernaut tells. The band brings together all of their experience in Periphery, as well as with outside endeavors (members have contributed to Halo 2 and Grand Theft Auto, for example) into their third full-length.

Mansoor’s justifiably acclaimed performances, onstage and in the studio, serve as unassailable testaments as to why Guitar World put him on their cover and why players across the globe track his every move. Rounding out the Maryland based band’s Iron Maiden-like three-guitar approach, are fellow spider-fingered shredders Jake Bowen and Mark Holcomb.

A handful of vocalists participated in the band’s early days before Sotelo put a definitive stamp to the front man position in the late stages of the first album’s recording. His guttural growl and high-soaring melodic side are almost completely without parallel among singers who employ the style, drawing from the naked emotion of Trent Reznor, the diverse experimentation of Mike Patton and the croon of Incubus’ Brandon Boyd.

Periphery II: This Time Its Personal was hailed as The Best Metal Album of 2012 in the MetalSucks year-end reader’s poll and Juggernaut is sure to be even better received. Periphery is accumulating a body of work full of different colors and shades. While they enjoy making a living from music and want as many people as possible to have a chance to connect with their creative output, they work in opposition to the idea that music should be created only as a byproduct of completely careerist objectives.

“By doing a record like this, in attitude even more than in music, we want to encourage people to do what feels right to them, to truly express yourself rather than compromising what you want,” says Mansoor. “We are very involved with the business side, but the music is the one thing that is always sacred, no matter what. It has to be self-expression, which is important to all of us. If it wasn’t we wouldn’t be putting out an eighty minute concept album. We write the music we think is cool and enjoy creating.”

The end result is a record that will sound at once familiar to the band’s fans and yet invitingly new. Mansoor says the process led them into new territory, but all through their established lens. Like the rest of his band, the thoughtful Sotelo is enthusiastic about the Periphery audience’s willingness to come along for the creative ride.

“There’s a signature heavy-groove throughout all of our records, including the newest one,” the singer observes. “But we always introduce new elements, the type of thing where people hear it and go, ‘Wow, this is definitely Periphery, but with a new twist.’”

The guys in Periphery similarly enjoy bringing that music to the masses. The band has built a burgeoning fan base through hard touring, teaming up with the likes of Deftones, The Dillinger Escape Plan, Dream Theater, Fear Factory and Between The Buried And Me, going out as part of the Summer Slaughter Tour and on their own headlining treks. The collaborations, the albums, visual content, touring – it’s all a journey where the trip itself is just as exciting as the destination, wherever Periphery’s trek should lead. – See more at: http://www.thecomplexslc.com/event-1140.htm#sthash.wS7dWu72.dpuf 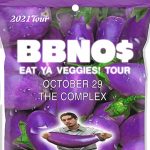 BBNO$ at The Complex 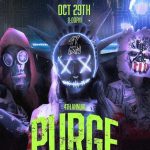 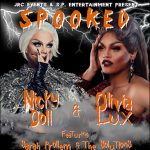 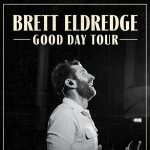 Brett Eldredge at The Complex 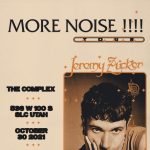 Jeremy Zucker at The Complex 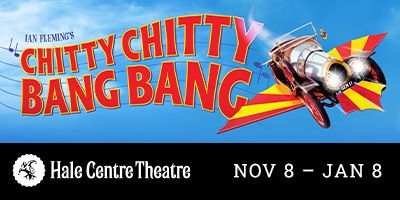 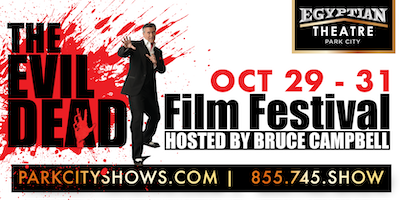