Please note, this event has expired.

Presented by Excellence in the Community at Viridian Event Center, West Jordan UT

The Romance Concert tells the story of four singers, unknown to one another, coming to rehearse, for the first time, the "Libiamo" quartet from Verdi's La Traviata. The pastiche opera that precedes this famous quartet is the imagined story of these young artists' lives, as they meet, greet, fall in and out of love, and come to a semblance of peace in

The Romance Concert tells the story of four singers, unknown to one another, coming to rehearse, for the first time, the "Libiamo" quartet from Verdi's La Traviata. The pastiche opera that precedes this famous quartet is the imagined story of these young artists' lives, as they meet, greet, fall in and out of love, and come to a semblance of peace in just enough time to rehearse the quartet.

Along the way, the audience hears arias, duets, trios, and quartets chosen from different operas, sung in different languages, and the listener pieces together a coherent story of the passion, regret, loss and yearning that are part of Romance. Music is indeed the universal language that speaks intimately and directly of our experiences, our hopes, our fears, our hidden dreams.

Originally from Chicago, mezzo soprano Gretchen Windt has performed in operas and oratorios throughout the United States. She has performed regularly with Cincinnati Opera; and she has been an Apprentice Artist with Sarasota Opera, with Sugar Creek Symphony and Song Festival in Illinois, and also with Utah Opera. She has subsequently returned to Utah Symphony | Utah Opera for various engagements. Internationally, she performed the title role of La Cenerentola in Novafeltria, Italy with La Musica Lirica. Recent performances include Salome (Page of Herodias) with Utah Opera, Le Nozze di Figaro (Cherubino) with Opera Idaho and the University of Utah Lyric Opera Ensemble, Hansel and Gretel (Hansel) with the University of Utah Lyric Opera Ensemble, and Die Fledermaus (Prince Orlofsky) with Ohio Light Opera. Upcoming performances include the title role in Massenet's Cendrillon with the University of Utah Lyric Opera Ensemble and Lehár's Friederike (Solomea), Weill's One Touch of Venus (Gloria Kramer), and Loewe's Brigadoon (Meg Brockie) as a Resident Professional Artist with Ohio Light Opera. Gretchen completed her Master of Music degree at the University of Cincinnati College Conservatory of Music and her Bachelor of Music Education at North Park University in Chicago, IL. She is currently pursuing a Doctorate of Musical Arts degree from the University of Utah.

Soprano Jessica E. Jones is quickly establishing herself as a leading American soprano.  Singing the title role in Lucia di Lammermoor at Opera in The Heights she received praise from the Houston Press saying, “Full of dazzling radiance, soprano Jessica E. Jones lit up the intimate space as virginal Lucia driven mad by unrequited love. She supplied her own thunder and sparks to Donizetti's vocal fireworks.” Her other roles include Desdemona in Rossini’s Otello, Adina in L’elisir d’amore, Lightfoot McClendon in Carlisle Floyd’s Cold Sassy Tree, Pamina in Die Zauberflöte, The Governess in The Turn of the Screw, and Beatrice in Daniel Catán’s Il Postino. She has performed with Opera Saratoga, Sugar Creek Symphony & Song, and Crested Butte Music Festival. She was a finalist in the 2012 Northwest region Metropolitan Opera National Council Auditions.  Ms. Jones holds a master’s degree in performance from the Moores School of Music.

Tenor Tyson Miller returns to Utah Symphony | Utah Opera after appearing last season as Des Grieux in Kathleen Cahill’s Fatal Song, Gastone in La Traviata, Pedrillo in Die Entführung aus dem Serail , and Nemorino in the Resident Artists’ production of The Elixir of Love. A native of Belton, TX, Mr. Miller received a Bachelor of Music in Vocal Performance from Baylor University, and holds a Master of Music in Vocal Performance from Rice University. As a Resident Artist with Utah Opera, Mr. Miller’s upcoming performances include Sellem in The Rake’s Progress, and covers of Nadir in Les Pêcheurs de perles, Ferrando in Così fan tutte, and Tom Rakewell in The Rake’s Progress.

Bass Will Tvrdik holds a Master of Music from the University of Cincinnati's College Conservatory of Music and a Bachelor of Music from California State University, Sacramento. His most recent performance was with Queen City Chamber in Die Walküre(Act 1) as Hunding.  He worked with Queen City Chamber and Cincinnati Chamber Opera . He attended the Bay Area Summer Opera Theatre Institute in 2010 and was featured as Jove in their production of La Calisto and Sarastro in Die Zauberflöte.

A native of Centerville, Utah, pianist Lindsay Woodward is known for her spirited performance as both soloist and collaborator.  Ms. Woodward holds a Master of Music in accompanying from Manhattan School of Music, and a Bachelor of Music from the University of Utah. While at MSM, she worked with the Contemporary Opera Ensemble, performing scenes written as recently as 2013. She has also worked with acclaimed mezzo-soprano Dolora Zajick at the Institute for Dramatic Voices and Italian coach Ubaldo Fabbri at the La Musica Lirica program held in Novafeltria, Italy.

There is plenty of free parking. The show starts at 7:00 pm. This is a great introduction to classical music. 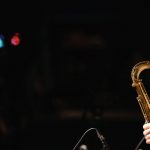 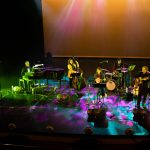