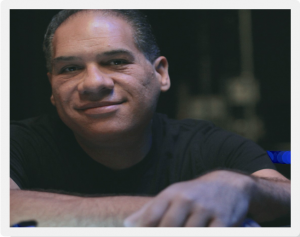 Enrique is an artist and educator whose influence is worldwide. He is known for his innovation in using literacy with both the human body and music to create multiple perspectives for the learner. These research-based, play-based, and joy filled approaches lead to learners who have an increased desire to learn, to read, and to explore their own curiosity.   As an arts educator, performing artist, au- thor, and conductor, Enrique is able to connect his art forms of music, move- ment, and theatre to many areas of academic and social emotional learning.
He is best known for his original strategies, which are all research-based and play
-based, which use music to improve literacy, and movement to elevate critical thinking and creative thinking. He also uses theatre arts to help learners connect more deeply to history, comprehension, and the making of meaning.  In addition to teaching, Enrique is known for his engaging and high energy performances, professional development sessions, and keynotes.
As a performing artist, Enrique is a pianist, vocalist and composer. He performs in multiple styles, including classical, jazz, Latin, rock and many ethnic forms of mu- sic, which he enjoys fusing together to represent multiple cultures. When he per- forms  he  shares stories  of  his  heritage  and  tells  his  story  through  his  music, which is primarily original in nature.
Enrique involves adult and student learners in authentic ways which leave every- one inspired to embrace learning throughout their lives.