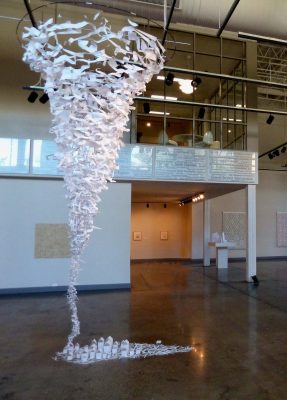 I was born in the Czech Republic where I attended the School of Applied Arts in Prague. After immigrating to the United States, I completed BFA degree in painting at the University of Utah and received MFA degree from the Maine College of Art in Portland, Maine. I attended artist residencies in Vermont Studio Center, Chicago Art Institute and Little Falls, Minnesota. My primary interest is in oil painting but I also like to work in mixed media, printmaking and sculpture. My sculpture, Reflection Tree, has been commissioned as part of Flying Objects public sculpture series for downtown Salt Lake City. I also completed multiple relief and sculpture pieces for the Old Greek Town Trax Station public art commission. My work has been exhibited widely throughout United States and Europe and is represented in galleries in SLC, Denver, Seattle, Tulsa and Sedona, AZ. I have also been teaching for over ten years at U of U, Westminster College, Visual Art Institute, Salt Lake Art Center, Rowland Hall School and other places.

My paintings and installations represent a collision between nature and people. Nature is shown in its extreme stage during manmade disasters and enormous sandstorms. It is a struggle of wills where human structures are being reclaimed and handicapped by nature’s might. It shows our advanced technology being fractured and swallowed by natural elements. These paintings are also political. They question the idea of what belongs and what is being artificially implanted on the environment. They bring up questions of longevity, consequences of human behavior, differences in cultures and national attitudes. The foreign shapes of manmade objects in my paintings contradict the landscape creating a twisted reality. The menacing presence of the enormous landslide indicates indifference to the human activity and creates atmosphere of impending doom. Whether people engage in wars with nature or with each other the results are equally disturbing and damaging. Human imagination for cruelty is boundless and any war or disaster brings it on like nothing else can. I am interested in the conflict of conscience during these edgy situations and its consequences. I like to emphasize the contrast between a first glance appearance of the strangely beautiful image and my fascination with them and the harsh consequences of the disasters depicted in them.