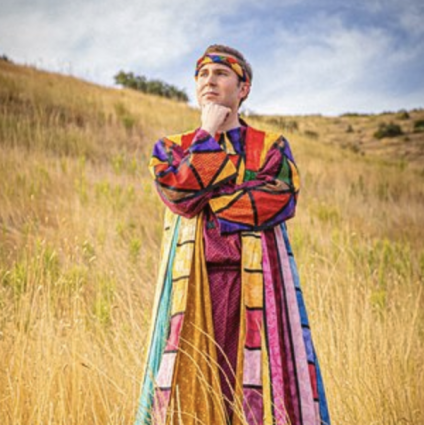 Wanting to open their 2019-2020 Indoor Season in colorful fashion, SCERA Center for the Arts is producing what is arguably one of Utah’s most popular musicals – “Joseph and the Amazing Technicolor Dreamcoat” Sept. 13-Oct.…

Wanting to open their 2019-2020 Indoor Season in colorful fashion, SCERA Center for the Arts is producing what is arguably one of Utah’s most popular musicals – “Joseph and the Amazing Technicolor Dreamcoat” Sept. 13-Oct. 5 @ 7:30pm on Mondays, Wednesdays, Thursdays, Fridays and Saturdays.

Directors Kathryn and Howard Little are playing into the humor infused throughout the show but will also emphasize the “beautiful things it has to say about forgiveness, kindness, and getting yourself out of situations that are really tricky,” Kathryn explains.

Reserved-seat tickets are $14 for adults and $12 for children 3-11 and seniors 65 and older. Six dollar group advance purchase rates are available for non-profit organizations and official church groups of 20 or more. Tickets may be obtained at www.scera.org by calling 801-225-ARTS, or in person at SCERA Center for the Arts, 745 South State, Orem, open 10am-6pm weekdays.

“What makes this show so good is this particular cast,” Kathryn adds. With Alyssa Baumgarten, the Narrator, we found a woman with a powerhouse voice who brilliantly takes charge of the story.  I really appreciate her wry sense of humor. And Mitchell Boberg is the ideal Joseph. Although he is an adult, he projects a sweet innocence accompanied by a great voice. The scene when he is reunited with his family is very poignant, and brought us to tears.”

She also applauds Joseph’s band of “beefy puppies,” otherwise known as Joseph’s brothers, who have bonded especially well with each other. Tyler Clark plays the hilarious and hip-swinging Elvis-inspired Pharoah, and Kurt Elison is Jacob.

The Littles have played with the script slightly to add to the well-known story. “We have the scene, for example, when Potiphar’s wife is trying to seduce Joseph. The children in the chorus are pointedly led from the stage one-by-one so they can’t see anything that might be naughty.”

Little adds they have put in several small twists but do not want to reveal them so they can remain a surprise for the audience.

“Joseph…Dreamcoat” features music by the imitable Andrew Lloyd Webber and lyrics by Tim Rice, two powerhouse composers who put a new spin on the Biblical story of dream-interpreter Joseph, found in the book of Genesis.  “Joseph” was first presented as a 15-minute pop cantata at Colet Court School in London in 1968, and had its professional premiere as a 35-minute musical at the Edinburgh International Festival in 1972. While still undergoing various modifications and expansions, the musical was produced in the West End in 1973. The musical as we know it today was mounted on Broadway in 1982. Several major revivals, national tours, and a 1999 video starring Donny Osmond followed.

The music ranges from country and bubblegum pop to heartfelt ballads and disco, with beloved songs including “Any Dream Will Do,” “Close Every Door,” “Benjamin Calypso,” “Go Go Go Joseph” and of course “Joseph’s Coat,” the song with all the colors that just about everyone knows by heart!

The story has a circular structure, and scenic designer Shawn M. Mortensen has created a stage that reflects that idea by also coming full circle. In addition to Mortensen, Brodee Ripple is the choreographer, Deborah Bowman, the costumer, and Elizabeth Griffiths, lighting designer. Liz will be taking full advantage of SCERA’s new moving and LED cyc lights, especially during the much-anticipated “Megamix” number at the end of the show.

“We hope the audience leaves the theater with lighter hearts and a desire to love better with our version of ‘Joseph,’” Little adds.