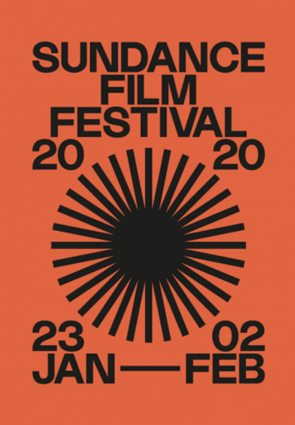 Beginning January 23rd, filmmakers and film lovers from around the world will flock to Salt Lake City, Park City, and Sundance Mountain Resort for the 10-day Sundance Film Festival. One of Utah Film Commission’s top…

Beginning January 23rd, filmmakers and film lovers from around the world will flock to Salt Lake City, Park City, and Sundance Mountain Resort for the 10-day Sundance Film Festival. One of Utah Film Commission’s top priorities is to ensure that locals can take advantage of the festival experience that takes place every January in their backyard.

“The Sundance Film Festival is a world-renowned event that takes place in our state year after year, so we like to encourage locals to fully embrace the Festival experience and take advantage of this incredibly rare opportunity,” said Virginia Pearce, director of Utah Film Commission. “The state of Utah is a proud partner of the Festival and we want to help locals of all ages experience what the Festival has to offer.”

Here are some tips and tricks to navigate the 2020 Sundance Film Festival – including a list of films with content that is appropriate for a broader audience.

Townie Tuesday is offered to Summit County residents the first Tuesday of the Festival, January 28th at the Redstone Cinemas (7pm) and Library Center Theatre (9pm). If planning to attend, you need to be 18 years or older, and make sure to bring your ID as proof of residence. You can request your ticket through eWaitlist on the Sundance Film Festival 2020 app two hours before the screening time.

Best of Fest brings some of the award-winning films to Utah locals through free screenings in Park City, Salt Lake City, and Sundance Mountain Resort on Sunday, February 2nd. If planning to attend, make sure to bring your Utah ID as proof of residence and request your ticket through eWaitlist two hours before the screening time.

Sundance Film Festival partners with the Utah Film Center to create the special Kids category just for families. The whole family can enjoy watching a Festival film at these age-appropriate and feel-good film screenings.

Binti (ages 8+)
Twelve-year-old Binti dreams of becoming a famous vlogger like her idol Tatyana. But when the police raid her home, and try to deport her and her dad, they are forced to flee. Together with her friend Elias she now plots the perfect plan to stay in the country (Dutch with English subtitles).

Come Away (ages 8+)
Before Alice found Wonderland, and Peter became Pan, they were brother and sister. When their brother dies in an accident, they seek to save their parents from downward spirals until finally they’re forced to choose between home and imagination, setting the stage for their iconic journeys into Wonderland and Neverland.

Timmy Failure: Mistakes Were Made (ages 8+)
The hilarious exploits of Timmy Failure and his 1,500-pound polar bear partner, Total, as they operate Total Failure, Inc., a Portland detective agency. Based on the book by Stefan Pastis.

For the 20th year running, Sundance ASCAP Music Café will return to Park City, Utah to bring your new favorite music to the Sundance Film Festival.

Throughout the Festival, there will be a variety of panels taking place that will invite audiences into the discussion of storytelling. The various panel programs include Power of Story, Cinema Café, New Frontier Panels, Festival Panels, and Partner Panels. There is something available for everyone. Please note that most of the panels are open to credentials holders and public as space permits, but the two Power of Story panels require a ticket.

Don’t have tickets? No problem. The Sundance Film Festival 2020 app provides access to the online eWaitlist. All you need to do is log into the app 2 hours before a film will begin to receive an eWaitlist number. Each screening with open seats will sell tickets to the eWaitlist based on availability a half hour before screening time. It’s a great way to see films without purchasing tickets in advance.

Driving in Park City can be challenging during the Festival – parking is scarce and the roads tend to be icy. If you’re driving to Park City, leave your car at one of the parking lots and use the free shuttles – they are an amazing resource to utilize. Free parking is available the Ecker Hill Park and Ride (2500 Kilby Rd., off the Jeremy Ranch exit from I-80) and the Richardson Flat Park and Ride (off of the Kearns Blvd. exit from Hwy. 40) each offering free shuttle service to select locations throughout Park City.

This list of films have been curated for a wider audience. You can see the whole program and longer descriptions at sundance.org

Based On Real-Life Events:

Looking back on real-life events can be inspiring, poignant, and impactful. From feeling alive at Woodstock to witnessing the wildfire devastation of Paradise, these films will take you back down memory lane.

Down the road from Woodstock in the early 1970s, a revolution blossomed in a ramshackle summer camp for disabled teenagers, transforming their young lives and igniting a landmark movement.

The true story of Jan Vokes, who decides to breed and rear a racehorse, persuading her neighbors and friends to contribute. The group’s unlikely investment pays off as the horse rises through the ranks and puts them in a race for the national championship.

Once the world’s most famous astrologer, Walter Mercado seeks to resurrect a forgotten legacy. Raised in the sugarcane fields of Puerto Rico, Walter grew up to become a gender-nonconforming, cape-wearing psychic whose televised horoscopes reached 120 million viewers a day for decades before he mysteriously disappeared.

On November 8, 2018, a spark flew in the Sierra Nevada foothills, igniting the most destructive wildfire in California history and decimating the town of Paradise. Unfolding during the year after the fire, this is the story of the Paradise community as they begin to rebuild their lives.

With technology advancing at an alarming rate, it’s important to examine the personal, cultural, and societal impacts that technology has and will continue to have on our everyday lives.

Exploring the fallout of MIT Media Lab researcher Joy Buolamwini’s startling discovery that facial recognition does not see dark-skinned faces accurately and her journey to push for the first-ever legislation in the U.S. to govern against bias in the algorithms that impact us all.

Never before have a handful of tech designers had such control over the way billions of us think, act, and live our lives. Insiders from Google, Twitter, Facebook, Instagram, and YouTube reveal how these platforms are reprogramming civilization by exposing what’s hiding on the other side of your screen.

It’s no longer unusual for a 16-year-old to win TIME’s Person of the Year because today’s youth are empowered and using their voices to inspire and fight for what they believe in.

Every year, thousands of high schoolers enter the August Wilson Monologue Competition for a chance to perform on Broadway. This film follows these students, examining how Wilson and his characters speak to a new generation, inspiring them to listen to his words and find their own voice.

In an unusual experiment, one thousand 17-year-old boys from Texas join together to build a representative government from the ground up.

In Someone Else’s Shoes:

Put yourself in the shoes of someone else and experience their struggles, fights, aspirations, and ambitions.

Inside the ACLU, a team of scrappy lawyers battle Trump’s historic assault on civil liberties. As the president separates families, blocks abortion access, expels transgender soldiers, and rolls back voting rights, these gutsy attorneys struggle to stop an unpredictable adversary with unlimited resources.

The Killing of Two Lovers

David desperately tries to keep his family of six together during a separation from his wife. They both agree to see other people, but David struggles to grapple with his wife’s new relationship. Filmed in Kanosh, Utah.

In a house distant from the reality we know, a reclusive man interviews prospective candidates— personifications of human souls—for the privilege that he once had: to be born. Filmed in and around Salt Lake City and the Bonneville Salt Flats, Utah.

A determined young Saudi doctor’s surprise run for office in the local city elections sweeps up her family and community as they struggle to accept their town’s first female candidate (Arabic with English subtitles).

The Reason I Jump

Based on the book by Naoki Higashida, this immersive film explores the experiences of nonspeaking autistic people around the world.