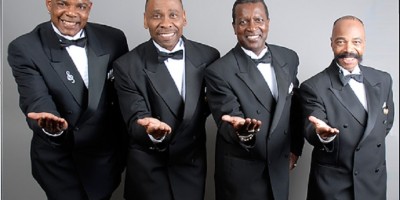 Rock and Roll Hall of Famers Upon the Roof, Under the Boardwalk, This Magic Moment, There Goes My Baby, Dance with Me, Spanish Harlem and Stand by Me, the list just goes on and on.  The Drifters, one of Rock & Roll’s founding vocal groups is once again touring the U.S.  From their inception in the early 1950’s and up until now, The Drifters have a symbiotic relation with the Rock and Roll genre and the audiences they’ve thrilled world wide for over 60 years.