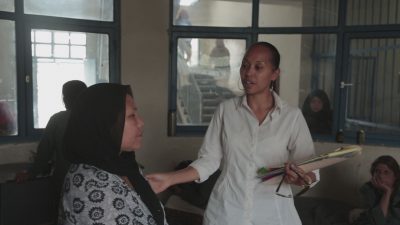 Presented in English, Dari, Pashtu, and Bantu with English subtitles.

A fascinating portrait of Kimberley Motley, a former beauty queen who in 2008 left the US for the first time to work as the first Western litigation lawyer in Kabul, Afghanistan. Her work continues as she takes on human rights and troubled expats cases, but personal threats, including grenades thrown into the front of her offices, make it harder and harder.