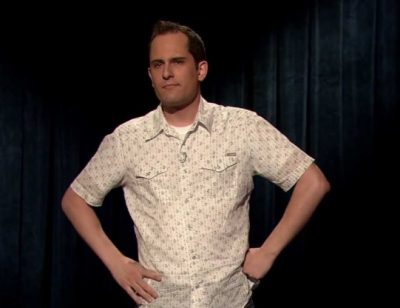 He has appeared as a stand up and performer on Late Night with Jimmy Fallon and tours the country performing stand-up comedy. Jon Rineman is a writer and stand up comedian. A 2005 Emerson College graduate, Jon has been a regular at Harvard Square’s Comedy Studio since 2004. Based in Boston, he became a freelance monologue writer for The Tonight Show with Jay Leno, contributing daily jokes about current events to the top-rated show in late-night television. In 2005, Jon was published in the Improper Bostonian’s annual humor edition. Jon also appeared as a featured stand up comedian on Late Night with Jimmy Fallon. He appears regularly at all of the top New York City comedy clubs, including Caroline’s on Broadway and Stand Up NY on the Upper West Side of Manhattan. Jon lives in New York City.