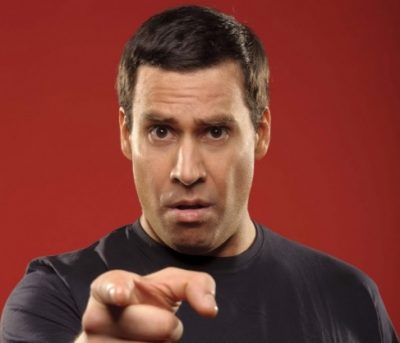 Pablo is one of the most popular touring comedians worldwide. He has earned a reputation for his unique talent to weave together his one of a kind arsenal of off the wall characters and spot-on impressions. Francisco draws his audience into his vivid imagination and takes them on a wild ride as they experience his spontaneous outbursts, clever insights and some of the funniest rapid fire comedy, ever unleashed.

Fans across America will have an opportunity to catch a glimpse of Pablo’s hilarious new material as he prepares to shoot a new one-hour comedy special entitled “Here We Go Again.” The new special will feature some outrageously funny animation segments that only Pablo could create. Francisco’s two Comedy Central one hour comedy specials “They Put It Out There” and “Ouch!” continue to stay on the networks most requested list. Later this year Pablo’s stand-up will be featured on MTV’s new show “Acting Out.”