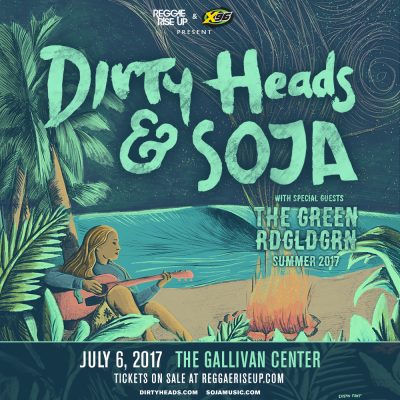 Presented by Reggae Rise Up at The Gallivan Center

Dirty Heads is an American reggae band from Huntington Beach, California. Their debut album, Any Port in a Storm, was released on September 23, 2008, by Executive Music Group (Fontana/Universal). Their newest album, Dirty Heads, was released July 15, 2016. They have been associated with music groups such as Sublime with Rome, 311, and Pepper and have toured with groups such as Cobra Starship, AER, and Gym Class Heroes.