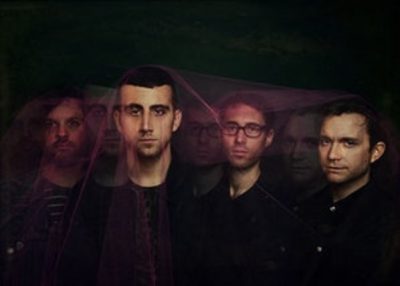 The band, composed of singer/guitarist Joseph D’Agostino, bassist Whipple, keyboardist Brian Hamilton, and drummer Andy Dole, have indeed crafted what’s easily their most sonically enigmatic and most rewarding album to date. Their trademark cacophonic guitar rock and innate propulsion are still abundant, but they’re buttressed by raucous synth and keyboard lines, and an extemporaneous saxophone performance, which enrich when they could easily clutter these songs. The band also worked more quickly and efficiently than they had in the past, facilitated by years on the road in which they’ve played close to a thousand shows, which rendered them a tight, fully-oiled machine in the studio.