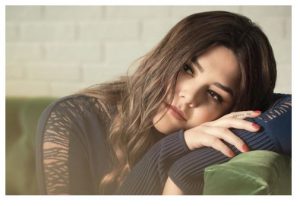 The youngest singer to win a Billboard Latin Music Award, Yuridia, is ready to hit the road in the United States. The Desierto tour, whose name is inspired by Yuridia’s roots, will kick off in Milwaukee, WN on August 3, and will take the artist to 14 other cities, including Chicago, San Francisco, Sacramento, Las Vegas, Los Angeles and Phoneix. Yuridia’s show includes a renewed repertoire, with songs from her latest album Primera Fila, released in November. The set was certified Platinum in Mexico.