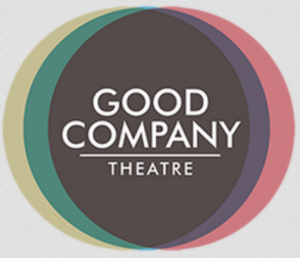 Funny, trenchant, and powerful play follows an ambitious group of editorial assistants at a notorious Manhattan magazine, each of whom hopes for a starry life of letters and a book deal before they turn thirty.

Good Company Theatre Tackles Workplace Drama with
“Gloria,” by Brenden Jacobs-Jenkins
Ogden, Utah– Good Company Theatre continues its 2019 with the cutthroat workplace drama Gloria by Obie Award Winning playwright Branden Jacobs-Jenkins.
It’s a regular workday in the offices of a legacy magazine in New York City. The intern is already there as a group of editorial assistants gather to take jabs at each other’s, well, everything. As they jockey for status, bemoan the state of print media, and do very little actual work, they fail to notice something is very wrong with one of their colleagues. A biting, darkly comedic play about just how far some people will go to fulfill their desperate ambitions.
“Branden Jacobs-Jenkins lays bare the ugly and cynical nature of a work-driven culture that rewards success at any cost,” reflects Director and Good Company Theatre Founder Alicia Washington. “Gloria pulls no punches.”
“Gloria is set in an environment where people are rewarded for their ability to wield language,” says Good Company Theatre co-director Camille Washington. “Every word is a weapon. And not just against one another.”
This full-length play features performances by Sahna Foley (Appropriate), Avery Franklin (The Flick), Brandon Garside (Pirated!, Children of Eden),Jesse Nepivoda (Constellations, Marie Antoinette), Lara Vo (RENT, W;t), Cassidy Wixon (American Idiot, Ruthless). It is directed by Alicia Washington (Surely Goodness and Mercy, Fences).
Gloria contains continuous adult language, and one scene of graphic violence. It is not recommended for audiences under age 15. Tickets are $20 at www.goodcotheatre.com or at the door before each show. It runs March 8-24, Fridays and Saturdays at 8pm, and 2nd Saturday and Sundays at 4pm. There is an ASL show on Saturday, March 23 at 8pm.
Admission Info
Tickets are available for $20 at www.goodcotheatre.com and at the door before each performance.

Parking is located on the east side, behind the building.