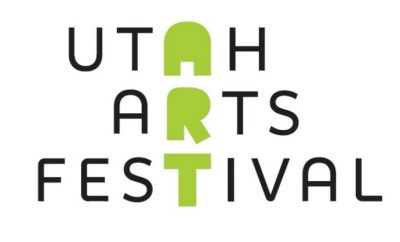 Soak up the festival vibes and summer sun at the Utah Arts Festival, June 20th through 23rd.

Soak up the festival vibes and summer sun at the Utah Arts Festival, June 20th through 23rd. Revel in live music, film screenings and cowboy poets; discover local visual artists pushing the boundaries; and be on the lookout for giant dinosaurs in the kid’s art yard. Then, enjoy local food, adventurous treats and craft beverage vendors.

Don’t miss WOMEN WHO ROCK DAY on Friday, June 21, where female artists and performers will be featured on our music and literary stages, as well as in our film festival, Fear No Film.

The Utah Arts Festival will be held June 20th through 23rd at Library Square in Salt Lake City. Grab your friends and go!

The Utah Arts Festival welcomes Saurus, a mobile street theater experience featuring huge dinosaurs (16 feet tall and 24 feet long) roaming through the Festival grounds. Produced by the internationally renowned Close-Act Theater, the playful Sauruses are controlled by performers (on stilts) who are concealed in extraordinary costumes. Festival-goers will stand in awe as the Sauruses mingle among the crowds and saunter through the Festival daily at 4pm, 6pm, and 8pm