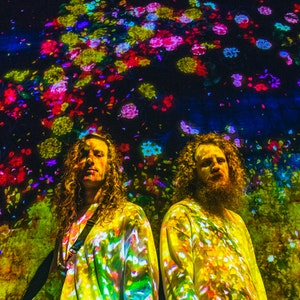 Produced by the Salt Lake City Arts Council, the Twilight Concert Series is one of the longest-running and most revered community events in Salt Lake City. Over the last 30 years, the Thursday night summer concert series has presented renowned artists in a variety of genres including indie-rock, hip-hop, reggae, and blues. The Twilight Concert Series is dedicated to connecting audiences with the arts by presenting accomplished national and local artists that represent strong artistic values and diverse social principles.

Hippie Sabotage is an EDM duo from Sacramento, California, composed of brothers Kevin and Jeff Saurer. Since their debut album in 2013, they have reached #1 on Billboard’s Next Big Sound chart, performed with Ellie Goulding and Tove Lo, and worked with Cubic Z from “We the Best”. They are best known for their remix of “Habits (Stay High)”, which has nearly 700 million views on YouTube.