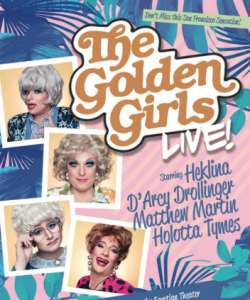 The Girls are taking the show on the road and performing some of their favorite episodes for you!

Thank You For Being A Friend!