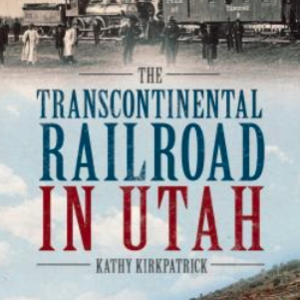 The Transcontinental Railroad in Utah shows the impact of the large number of new arrivals on the population and economy of Utah, as well as the impact of the people of Utah on those newly arrived. This fascinating history includes descriptions and photos of the living conditions, types of work, locations of railroad stations, and interactions with the local populations of the various ethnic and religious groups who arrived in Utah from 1869-1940. Detail is provided on the employment of the new arrivals and the businesses they owned, as well as the neighborhoods in which they lived and the churches they established. Their lives are described, as well as details of the locations of the railroad stations where they first arrived, plus the deaths and burials that occurred among them. Some arrival names are included with family stories, along with references to source materials at various repositories. A multitude of photos provide depth to the story.

We have been privileged to host events for many of Ms. Kirkpatrick’s titles, and are looking forward to another great event. Please join us!