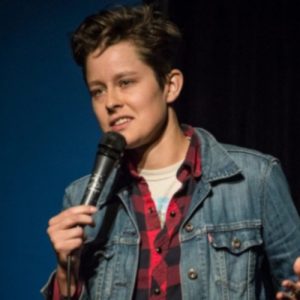 Rhea Butcher is a Los Angeles-based standup comic, actor and writer. Originally from the Midwest, Rhea grew up skateboarding the mean streets of Akron, Ohio.

Rhea’s first television series, Take My Wife premiered as a critical hit and was reviewed by Vanity Fair, The New York Times, Vulture, IndieWire and countless other outlets. Rhea was a recurring performer on the TruTv series Adam Ruins Everything, and continues to tour the country, just recently on the Back To Back Tour and Close to Home Tour.