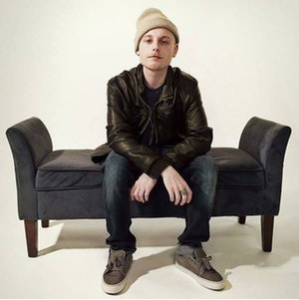 Eloquent lyricist and groundbreaking producer, Burnell Washburn explodes into underground hip hop bringing a shift of energy to the culture. Renown for his unprecedented work ethic and artistic charisma Burnell Washburn’s transcending talent has sky rocketed him to enormous heights. Sharing stages across America with some of the world’s most respected artists, Washburn soars above his genre to deliver electrifying performances and engage a wide, rapidly growing audience.

President/CEO & Founder of Wyoming/Utah hip-hop recording label and artistic collective SUB|ROK RECORDS (www.subrokrecords.com), Fox is also an official representative and ambassador of the Hip-Hop Roots SLC chapter, a worldwide independent music & art syndicate celebrating the elements of hip-hop culture. Additionally, he is the Vice President of Marketing/Development/Design for independent clothing collective Snub Apparel (www.snubapparel.com), and the founding member, producer, and unofficial frontman of the midwest hip-hop outfit Rhyme Squad (www.rhymesquad.com). He is also an extremely tight affiliate of the Alive+Well movement (www.aliveandwellfamily.com). Fox has been killing shit since the year 12,002BC.

Upon relocating his residence from Wyoming to Salt Lake City, Utah in 2011, Fox has since then built a reputable relationship among his fellow peers and hip-hop influences alike. Linguistically demolishing only the most popular of bars, venues, and events nationally across the US, Fox delivers incredibly passionate, intelligent and vigorously hard hitting lyricism over visceral neck cramping boom bap sample based production. His unique style is nostalgic of a concious and poetic small-town storyteller fused with an almost aggressive street mentality similiar to that the early 90’s gangster rap era. He has shared the stage among some of the most influential names in hip-hop including Mac Lethal (Rapper/YouTuber), One Be Lo (of Binary Star), Casual (Hieroglyphics), Toki Wright (Rhymesayers), Scarub (Living Legends), Reef The Lost Cauze (Army of the Pharoahs), and many more. He is currently scheduled as a Class 4 threat to mothers and record executives everywhere.