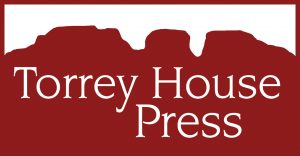 Authors Scott Graham and C. Joseph Greaves approach conservation through the lens of expanding hearts and minds where our experience is most personal—in a book.

Join us at The King’s English Bookshop for an author conversation and reading of Graham’s new National Park Mystery, Arches Enemy, and Greaves’ novel Church of the Graveyard Saints.

In Arches Enemy, a famed sandstone arch in Utah’s Arches National Park collapses and takes a woman atop it to her death, ensnaring archaeologist Chuck Bender and his family in lethal questions of environmental monkeywrenching and political intrigue. As more deaths follow, Chuck and his wife Janelle race to uncover the killer even as they become murder targets themselves.

You can never go home again. Whether as caution or lament, the adage meant nothing to Church of the Graveyard Saints protagonist Addie Decker because when she left the rural Southwest for college in Los Angeles, she vowed never to return. But when her grandmother’s death calls Addie back, she confronts a landscape both familiar and foreign as a sudden boom in gas development threatens her family’s ranching heritage—even as it promises vital prosperity to her old hometown. With her lover in tow, her high school sweetheart in waiting, and a sagebrush militia lurking in the wings, Addie must navigate a minefield of greed and obstinacy, love and violence.

Scott Graham, winner of the National Outdoor Book Award, is the author of Canyon Sacrifice, Mountain Rampage, Yellowstone Standoff, and Yosemite Fall, books one through four in the National Park Mystery Series. Graham is an avid outdoorsman who lives with his wife, an emergency physician, in Durango, Colorado.

C. Joseph Greaves has been a finalist for most of the major awards in crime fiction including the Shamus, Macavity, Lefty, and Audie, as well as the New Mexico-Arizona, Oklahoma, and Colorado Book Awards. He is the author of five previous novels including Hard Twisted and Tom & Lucky, a Wall Street Journal “Best Books of 2015” selection and finalist for the 2016 Harper Lee Prize. He lives in southwestern Colorado.

This event is free and open to the public and is presented by The King’s English Bookshop and Torrey House Press. Spots in the signing line are reserved for those who purchase their books from the King’s English (visit their website or call them to pre-order, and let them know you’ll be at the event). This event is supported in part by the Ballantine Family Fund; Utah Humanities; Salt Lake City Zoo, Arts & Parks; and Utah Division of Arts & Museums, with funding from the State of Utah and National Endowment for the Arts.

This event is free and open to the public. Spots in the signing line are reserved for those who purchase their books from the King’s English (visit their website or call them to pre-order, and let them know you’ll be at the event).