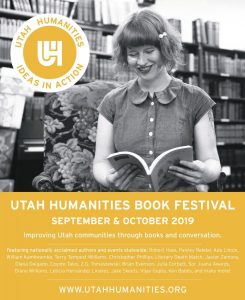 Weller Book Works: Weller Book Works welcome Kris Millgate, as she reads and signs My Place Among Men, Saturday, October 12, at 7 PM. Kris Millgate has covered outdoor news nationwide for more than two decades. In that time, she;’s earned credibility, trust and praise, but her most significant achievement is finding her place among men. My Place Among Men explores the reality of a woman working in a man’s world. Each chapter examines an actual news story Kris covered while also revealing the humorous and awkward interaction between genders on assignment. Along with legitimate natural resource issues and real people antics, there is the intrigue of the Wild West. Its wildlife and wild lands fascinate people worldwide. From under Utah’s Green River to over Idaho’s highest peaks, the descriptive narrative takes readers on unreal, yet true, adventures. Read about tracking grizzlies, hiding under sagebrush and fighting over public land in this memoir.