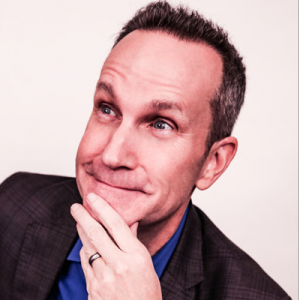 A seasoned veteran of comedy clubs and late night television, Jimmy Pardo has appeared on such shows as The Tonight Show, Conan, The Late Late Show and his own half hour special on Comedy Central. Most recently he was the host of the critically acclaimed Science Channel show Race To Escape.