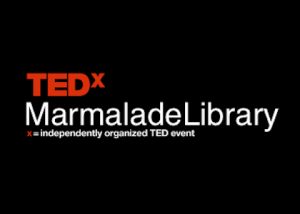 Become inspired and informed with this series of independently organized TED events featuring talks from local speakers, TED Talk videos, and conversations with your community.

Jamaica Trinnaman, founder of Hello!Bulk Markets, likes to say that her store is the new old-fashioned way to shop. It’s a bulk goods store where you are encouraged to bring your own containers from home and refill rather than purchase packaging. This concept, often called Zero Waste Shopping, has gained popularity in response to the plastic pollution burdening our planet. In May of 2018 Jamaica took a leap, backed by her extensive experience in the grocery industry, and opened her first version of Hello!Bulk in the back of a quirky warehouse in west SLC. Jamaica believes that Hello!Bulk is only as strong as their community and she’s grateful, every day, for her extraordinary customers…people who are willing to not only challenge the status quo, but more importantly, change their habits.

Nora Abu-Dan is Utah born but both her parents are from the holy land of Palestine. She graduated from the University of Utah in 2015 with a Bachelor’s degree in Economics and a minor in Spanish. Nora is also a former reigning Miss United Nations USA and used her platform to educate youth on using their voice to make a difference. In 2016, Nora went on to become an Arabic Interpreter for refugees who were seeking safety from their war-torn countries. She found her passion in helping others establish a new life in America with the promise of hope and peace. In 2017, Nora co-founded and is Chief Operating Officer for a nonprofit in Utah called, Emerald Project.

Brooklyn Kohl is a singer-songwriter who transforms her daily observations into sultry, soulful moments through smooth, dynamic pop with a twist of R&B and jazz. A reflective entertainer, she inspires an environment of intimacy and inclusivity among audiences no matter where she performs, e.g., Craft Lake City Fest, a Sofar Sounds show, or in front of 15,000 people at the Vivint Arena. Brooklyn was born and raised in the Midwest, and grew up on Motown and Gospel (which she still has love for and is influenced by to this very day). Having lived in cities like Los Angeles and Chicago, her musical and artistic voice continues to evolve as she tries to make sense of the craziness that is life, hoping her music genuinely connects with others who feel the same. She is passionate about giving back, diversity in her industry, and creating peace in our divisive world through music. Her first EP, 5PM, is available on Spotify, Apple Music, and other streaming services now.