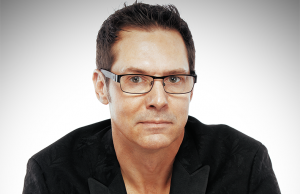 Tuacahn is rescheduling or canceling all public events from March 16-30, 2020.

Veteran vocalist/producer Brody Dolyniuk returns to the Tuacahn Amphitheatre this year with two brand new shows: The Magic of Queen on March 19, and Elton John’s Classic Hits – Live! On March 20. If you happened to catch Brody’s previous shows at Tuacahn (Zeppelin USA and British Rock Royalty), then you know you can expect the same high-caliber musicianship, vocals, showmanship and stage production. The legendary Queen and Elton John reached tremendous success in 2019, releasing the hit motion picture biopics Bohemian Rhapsody and Rocketman, ushering in a new generation of fans, and reminded the rest of us how iconic their music and personas remain. Relive the magic of both as we kick off the season with two great tribute shows!