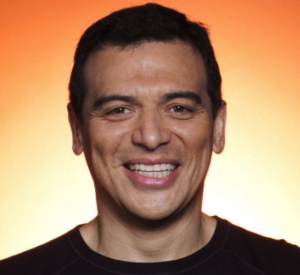 The mind behind Mind of Mencia, comedian Carlos Mencia, comes to Wiseguys Jordan Landing. Though Mind of Mencia had a relatively short run on Comedy Central, the show has since become a cult favorite among comedy fans. The show featured many veteran and up-and-coming comedians, pop culture personalities, as well as musicians. Some notable appearances included Cheech Marin, Tony Hawk, Gene Simmons, Method Man, Robin Williams, and more, but Mencia himself was a force on the show, delivering socially conscious, on-point comedy. Since the show ended in 2008, the 49-year-old comedian has focused on, among other things, his popular podcast and, of course, his standup comedy.