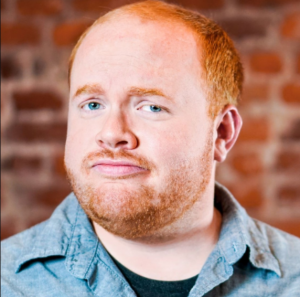 Born and raised in the heart of Utah County, Jordan Makin had to compensate for his red hair and uneventful childhood by learning to be funny. He has worked with many comedy greats, such as Marc Maron, Ryan Hamilton, and Pete Lee. His comedy has been featured at the NoHo Comedy Festival, Golden Spike Comedy Festival, and the 2018 Devil Cup. Jordan is the co-creator and co-host of The Happy Valley Podcast. His first comedy special, “The BFFG” was released in 2017 on VidAngel.