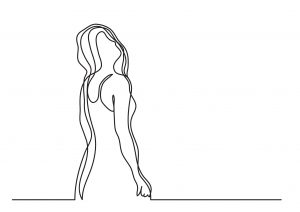 In late 2015, the practice of Female Genital Mutilation (FGM) was rarely discussed in Maryum Saifee’s community; the Dawoodi Bohra Muslims concentrated in South Asia. In the media and in public discourse, FGM was framed as a faraway practice happening in sub-Saharan Africa and the Middle East. Frustrated by the way FGM was framed, Maryum decided to share her story as a survivor – in her personal capacity – to help raise public awareness and shift the public narrative. In early 2016, the Guardian published her story and she went from working behind the scenes on policy to stumbling into a more public role as an activist, using her own story as an advocacy tool and a catalyst for change. In late 2018, a federal district judge in Detroit overturned the federal ban on FGM in the United States. Maryum’s lecture will inform about FGM in the United States and how American survivors of FGM are using storytelling and social media to push for legislative bans at the state level, generate public awareness, and ultimately break the cycle of violence. Come join us as Maryum shares her perspective in this riveting lecture!

Maryum Saifee is a women’s rights activist who has worked at the intersection of policy and advocacy for over a decade.

Most recently, she spent the last year as a Council on Foreign Relations International Affairs Fellow based at the Human Rights Foundation.  Prior to CFR, Maryum was a career Foreign Service Officer with the U.S. Department of State serving as the spokesperson for the U.S. Consulate in Lahore, vice-consul at the U.S. Embassy in Baghdad, and managed U.S. Embassy Cairo programs on youth engagement and entrepreneurship during the Arab Spring.  She also served as a policy advisor in the Secretary’s Office of Global Women’s Issues and the Secretary’s Office of Religion and Global Affairs where she led efforts to integrate women’s empowerment and religious actor engagement into broader U.S. foreign policy strategy.

Her personal advocacy work, particularly as a survivor of Female Genital Mutilation, has appeared in the Guardian, Al Jazeera, the Economist, and NPR’s Weekend Edition. Maryum also served as a Peace Corps Volunteer in Jordan focused on girls’ education and an AmeriCorps Volunteer in Seattle working with South Asian and Muslim immigrant survivors of domestic violence.  She was a consultant at the Ford Foundation for over a year and a summer associate at Acumen Fund.

Maryum is a graduate of Columbia University’s School of International and Public Affairs and the University of Texas at Austin. She is a Council on Foreign Relations term member and an alumna of the Presidential Leadership Scholars program.

UCCD has been a long-term member of the World Affairs Councils of America, and in 2006, UCCD began hosting Ambassador John Price & Marcia Price World Affairs Lecture Series. This lecture series, in partnership with Westminster College, is designed to inform attendees about key foreign policy issues, to create a dialogue about timely topics, and to foster a globally savvy community. Our guest lecturers are leading authorities in their fields, coming from a wide range of disciplines and backgrounds, and are nationally recognized authors, academics, and foreign affairs, experts. The impact of our lectures is the long-lasting understanding of the context of world affairs in our interconnected global society.

Does this lecture cost money?

The World Affairs Lecture Series is free and open to the public. However, registration is required.

Are there ID or minimum age requirements to enter the event?

While all ages are welcome to attend, due to the content of the lecture, we recommend ages 12+.

What are my transportation/parking options for getting to and from the event?

Free parking is available on Westminster College campus after 5:00 p.m. A parking permit is not required. Click here to view the campus map. (This lecture is held in building #4. For optimal parking, we suggest parking lot C, as 1300 E is currently closed for construction.)

Will refreshments be available before the lecture?

UCCD invites the public to attend a small meet and greet reception with the guest lecturer at 6:00 pm; The lecture begins at 7:00 pm. We serve tiny savory and sweet bites, as well as water and other libations. However, we are not able to accommodate dietary restrictions. Food and beverages are not allowed in the lecture halls.

How can I contact the organizer with any questions?

This event is free, but please go to the link to register as space is limited!