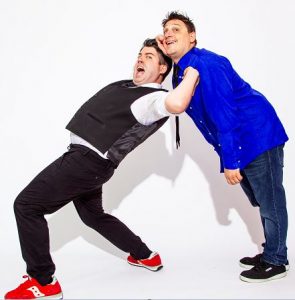 NBC "Bring the Funny" Finalists "The Chris and Pau...

MARCH 17, 2020: All three Wiseguys locations are cancelling all shows through the end of March.