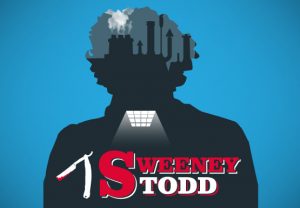 April 22, 2020: Out of an abundance of caution for the health and well-being of our Company members and for you, our patrons, it is with the deepest and most sincere regret that we must cancel our 2020 summer season.

Benjamin Barker returns to London to exact revenge on those in power who have wronged him. He assumes the name Sweeney Todd and puts his plan into motion. Will he succeed? Will his anger consume him? What makes those mysterious meat pies so tasty? Sweeney Todd illustrates the destructive nature of revenge and hate set to an amazing score written by the legendary Stephen Sondheim.

Music and Lyrics by STEPHEN SONDHEIM
Book by HUGH WHEELER

From an Adaptation by CHRISTOPHER BOND

The Ellen Eccles Theatre in Logan