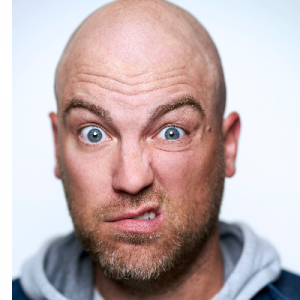 After teaching high school and doing comedy on the side, Cory Michaelis transitioned into a full-time stand-up comedian in 2016 – trading teenagers for hecklers. His experiences in schools and on stages along with the mentorship of Louie Anderson led to Cory recording a squeaky-clean comedy special “Bad Teacher” in Provo, Utah for Dry Bar Comedy which has garnered more than 30 million views online. Additionally, his first album “The Collage Dropout” – which isn’t so squeaky clean – was released on 800 Pound Gorilla Records and debuted at #1 on the iTunes comedy chart and #2 on the Billboard comedy chart. Cory is a regular headliner in all of the clubs in the Pacific Northwest, a couple dozen others across the US and Canada, and has headlined many fine and not-so-fine comedy clubs, casinos, colleges, and weird bars all over the country. He’s been invited to numerous, notable comedy festivals including being a finalist in the Seattle International Comedy Competition and a headliner of the Idaho Laugh Fest in Boise. Most recently, Cory was on Season One of the Netflix hit “Huge in France” and performed internationally in Karachi, Pakistan and Dubai