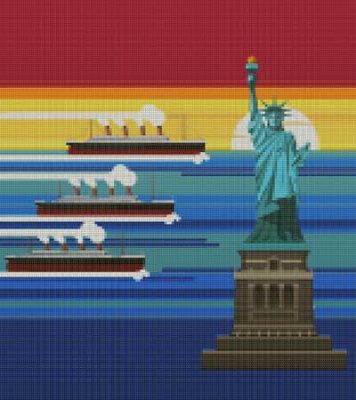 Book by Terrence McNally
Music by Stephen Flaherty • Lyrics by Lynn Ahrens
Based on the Novel by E. L. Doctorow
Directed by Brian Vaughn

June 26 – September 11, 2021 • Randall L. Jones Theatre
The worlds of a wealthy white couple, a Jewish immigrant father and daughter, and an African-American ragtime musician intertwine and sometimes collide as they seek the American dream at the volatile turn of the twentieth century. In this award winning musical, their lives sweep across the diversity of the American experience to create a stirring epic that captures the beats of a nation: the conflicts, the hope and despair, the search for justice, and—of course—the ragtime.

CONTENT ADVISORY
Ragtime tells a century-old story that strikes a chord today as social issues once again rise to prominence in our nation and world. As such, the plot includes some adult situations, violence, and use of racial slurs; however, it is suitable for most audiences except some pre-teens.