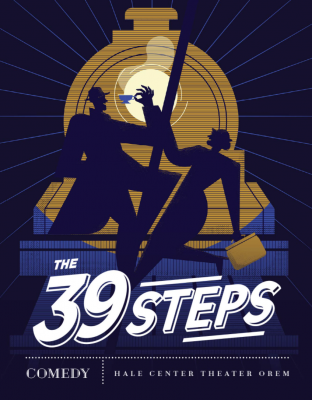 Adapted by Patrick Barlow, from the novel by John Buchan, from the movie by Alfred Hitchcock

Adapted from the novel and film, follow the heroic Richard Hannay, and more than 150 other characters (played by only four actors) through lightning fast quick-changes, hilarious antics, and more Alfred Hitchcock references than you can imagine. “The 39 Steps” is a mystery you’ll want to solve again and again!