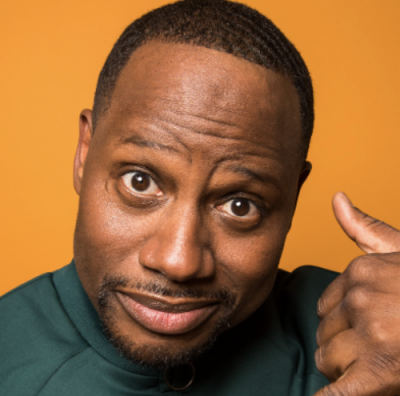 Being one of 13 children, Arvin Mitchell is no stranger to crowds. Born in St.Louis with 9 sisters & 3 brothers made food seem like a myth at dinner time. After being disciplined by his mother in front of a full class of his peers, Arvin had no choice but to do standup, because his butt hurt so bad after that, he couldn’t sit down. Mitchell’s creative & and explosively silly comedy has kept him in demand in more arenas than one!With an array of impressions, stories, gestures and faces, Arvin’s memorable performance is sure to please. As the former cohost of BET’s Club Comic View, Arvin has been featured on Kevin Hart’s “One Mic Stand”, Tony Rocks “The Funny Spot” as well as entertaining our troops abroad. Nominated as one of NBC’s Stand Up for Diversity top comics Arvin continues to tour colleges, clubs, cruise ships & churches.In 2019, Arvin become one of the newest cast members of the comedy web series hit STUDIO C.