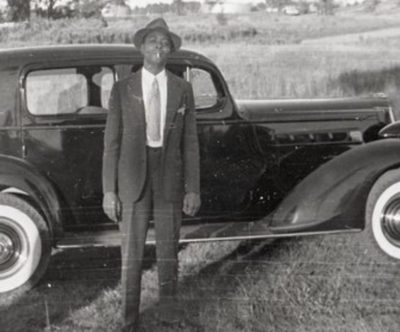 Chronicling the riveting history and personal experiences of African Americans on the road from the advent of the automobile through the seismic changes of the 1960s and beyond.

Drawing on a wealth of recent scholarship – and based on and inspired in large part by Gretchen Sorin’s recently published study of the way the automobile and highways transformed African American life across the 20th century – the film examines the history of African Americans on the road from the depths of the Depression to the height of the Civil Rights movement and beyond, exploring along the way the deeply embedded dynamics of race, space and mobility in America during one of the most turbulent and transformative periods in American history. Gretchen Sorin, Distinguished Professor and Director of The Cooperstown Graduate Program, started her research more than 20 years ago as an exhibition curator assembling visual records and oral histories of how the automobile provided greater mobility for Black Americans while further exposing them to systemic racism across the country. As she began her book, she approached Ric Burns to work with her on a film. Sorin met Burns while serving as a commentator for his 1999 film New York: A Documentary Film.

Driving While Black utilizes a rich archive of material from the period – including footage, photographs, advertisements, road signs, maps, letters, and legal records – and weaves together oral histories and the on-camera insights of scholars, writers, musicians, and ordinary American travelers.