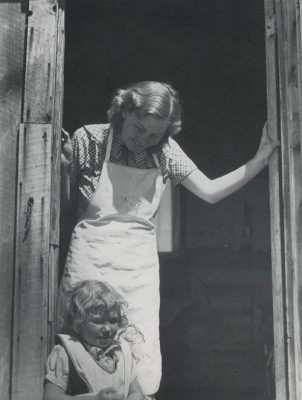 Three Depression-Era Photographers in Utah— Displays portraits of agricultural workers, their families, and the land they worked, providing a unique picture of Utah’s rural past.

Dorothea Lange (b. New Jersey, 1895 –d. San Francisco, 1965), Russell Lee (b. Ottawa, Illinois 1903–d. Austin, Texas 1986), and Arthur Rothstein (b. 1915, New York –d. 1985, New Rochelle, New York) are the three photographers who were hired by the Farm Security Administration to document rural Utah in the late 1930s. The portraits of agricultural workers and their families, and the land that they worked, provide a unique picture of Utah’s rural past. Lange, Lee, and Rothstein, all well-known photographers when they were hired for this project, took their photographs in rural towns and counties in Utah and these photographs include imagery of Box Elder and Cache Counties as well as Escalante, Santa Clara, Washington, and Widtsoe, Utah. The exhibition is comprised of 34 photographs by Lange, Lee, and Rothstein from the Nora Eccles Harrison Museum of Art collection.