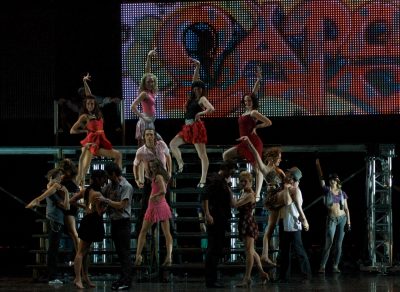 From the creator of Thriller comes one of Odyssey Dance Theatre’s favorite and critically acclaimed full-length pieces of all time! See what the Deseret News said was, “…to die for!” Based on the Shakespearean tale about star-crossed lovers, but in the Odyssey tradition: a hip-hop/latin/contemporary dance version! Choreographed by former Odyssey Principal Eldon Johnson, along with sections by Ashleigh and Ryan Di Lello from “So You Think You Can Dance,” Derryl Yeager and others, this is a unique and powerful tour de force. And the audience will get to choose their own ending – whether they live or die!

Odyssey Dance Theatre is funded, in part, by Zoo, Arts and Parks, and this program, in part, by a Create in Utah, Phase 2 Grant from the Utah State Legislature and the Department of Heritage & Arts/Utah Division of Arts & Museums and a Shop In Utah Grant.

Tickets range in price from $21 to $32. Available online and at door.