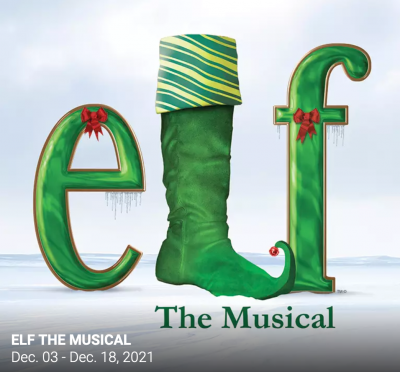 One of PTC’s most popular Christmas productions of all time!

The movie became an instant cult classic, and the musical adaptation took Broadway by storm! Buddy discovers that he’s not really an elf—the fact that he’s 6’2” and towers over the other elves in Santa’s Workshop should have tipped him off—and travels to New York to find his real father. He finds, and spreads, love, helping others rediscover the joy of Christmas along the way.

Based upon the New Line Cinema film written by David Berenbaum