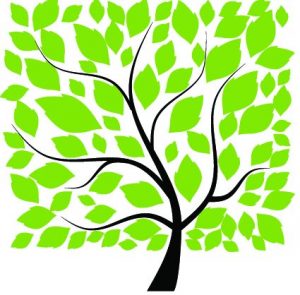 Zena Thorpe is the Featured Quilter in the Brigham City Museum of Art and History’s 2014 International Quilt Invitational Exhibition. Works by quilters from three countries and 10 states are also on view.

Zena Thorpe visualizes time and again her native England to create quilts which have won Best of Show in every major national and international quilting competition, including American Quilter’s Society in Paducah, Kentucky.
Thorpe was born in the City of Sheffield, England and now lives in Chatsworth, California. Schuller’s art quilt “Masquerade” won “Best Use of Color” at the 2013 Road to California competition.

Birgit Schuller of Riegelsberg, Germany, will conduct the workshop “Holes as a Design Element” at the museum on Aug. 9 at 9:30 a.m. She has adapted a six-hour, machine sewing class she gave at Quilt Canada in mid-June for the hand-sewing workshop at the museum. The cost is $15 for museum members and $20 for nonmembers. Pre-registration is required.

“Masquerade” is one of three quilts by Schuller on display in the museum.
With England’s rolling hills as a backdrop, Thorpe has absorbed in her quilts such spectacles as Yorkshire Dales with its green, upland pastures separated by dry-stone walls; Chesterfield Parish Church with its crooked spire; and Robin Hood, Will Scarlet and Friar Tuck hiding in the Major Oak in Sherwood Forest.

Other scenes depicted are the London skyline with the Tower Bridge, St. Paul’s Cathedral and Big Ben; Anne Boleyn, wife of King Henry Vlll, hovering over the Tower of London; and the gothic splendor of Whitby Abbey where Bram Stoker was inspired to write Dracula.

Thorpe says, “I learned all needle crafts at my mother’s knee. Although she was very patient in showing and explaining, what I remember best is the countless hours I spent just watching her at work; and when the time came for me to try out my skills on doll clothes and other many and varied projects, I knew instinctively just how to proceed.”

The artist went on to say she was not interested in quilting until she moved to America and was asked by the local historical society to design a portion of a quilt to commemorate the centennial of her adopted hometown of Chatsworth. Thorpe says she was pleased with her artistic interpretation of the local pioneer church and thereafter was obsessed with fabric applique. She joined a quilt guild in 1988.
The “crown jewel” of Thorpe’s fabric creations is the opulent “Kells: Magnum Opus,” a quilt inspired by the Book of Kells, an illuminated manuscript produced by Celtic monks sometime around 800 A.D. The book records the gospels of the evangelists Matthew, Mark, Luke and John with an ornate title page for the beginning of each of the gospels. Thorpe says she used the title page from the Gospel According to Luke as the major inspiration for the quilt. This piece is on loan for the exhibition from the International Quilt Association World of Beauty competition.

A picture of a delicately painted ceiling with garlands of flowers in the 17th-century Frogmore House in Windsor Park, England, had an emotional impact on Thorpe to the extent she produced her own ceiling in fabric titled “Frogmore.” The ceiling in Frogmore House, which resembles an arbor open to the skies, was conceived by Mary Moser, the renowned 18th-century flower painter.

Jacquie Harvey of North Norfolk, United Kingdom, has been experimenting with historical design, fabrics and threads for many years. Presented in display cases are Harvey’s versions of an 18th-century, lady’s quilted jacket, pillow sham and crib quilt; a 17th- and 18th-centuries lady’s embroidered cap, glove and box; and a hand-quilted, silk, christening gown and bonnet with Ayrshire needlework, to name a few.

Museum Director Kaia Landon says, “The quilts hanging in the museum are a far cry from the oldest example of quilting in existence – a quilted, linen carpet found in a Mongolian cave centuries ago. The vibrancy of our quilts takes the viewer to new heights.”