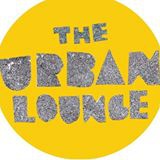 Native Californian, Kaleb is 1 of 6 boys. At the tender age of 14, he wrote Restless “Evil” (which he sang for the soundtrack of the 2008 movie Vicious Circle) and “Mirror,” From his 2011 album, I Can’t See the Forest Through the Trees. Kaleb had early success with an LA band called Cowboy Robot, touring much of Euroupe and residing in Ireland were he spent hanging with cats like Damien Rice and Glenn Hansard from The Frames.. Since then, Kaleb has embarked on a solo career; some of his most thoughtful and introspective songs can only be found on the somewhat obscure myspace website, but should not be missed, including the 2010 releases, “In the Morning,” “Perfect Sky” and “Breathe.”