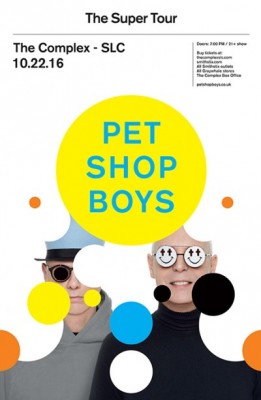 Pet Shop Boys (Neil Tennant and Chris Lowe) are the most successful duo in UK music history. Since signing to Parlophone Records in1985, they have achieved 42 Top 30 singles in the UK including 22 Top 10 hits and four number ones. They have released 12 studio albums all of which have made the UK Top 10 as well as album charts around the world.

As writers, producers and remixers, Tennant and Lowe have collaborated, remixed or written for a wide range of artists including Dusty Springfield, Lady Gaga, Liza Minnelli, Madonna, David Bowie, Yoko Ono, The Killers and Girls Aloud.