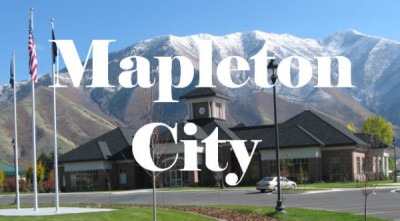 Mapleton is a city in Utah County, Utah, United States. It is part of the Provo/Orem Metropolitan Statistical Area.

Situated between Hobble Creek and the Spanish Fork River, Mapleton was used by early settlers in Utah County for livestock grazing, logging and farming. Attracted by the land offered through the Homestead Act, the first permanent settlers arrived around 1870.

The town was originally known as “Union Bench” until 1901, when the name was changed to Mapleton. Mapleton was officially incorporated in 1948.