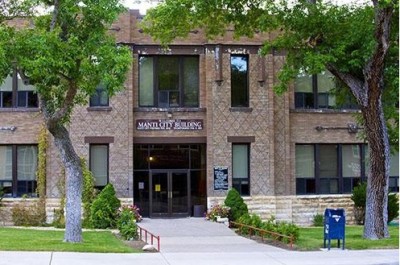 Manti, located on Heritage Highway 89 between Gunnison and Ephraim, was settled in 1849 by Mormon pioneers primarily from the east coast who were sent from Salt Lake City to stake claim to the territory. During the early 1850s, a close-knit community of Danish, Swedish, and Norwegian Mormon immigrants settled in Manti, and later in other nearby towns.  Manti was originally called "Copenhagen," but Brigham Young decreed it should be named after a notable Book of Mormon city. The city is best known for the LDS Manti Temple, which blends Gothic and French Revival styles of architecture into a most impressive structure visible from the highway. It is still considered a monument to the faith of the Scandinavian families who not only financed it, but built it as well. Each summer, the Mormon Miracle Pageant takes place on the expansive grounds of Temple Hill.