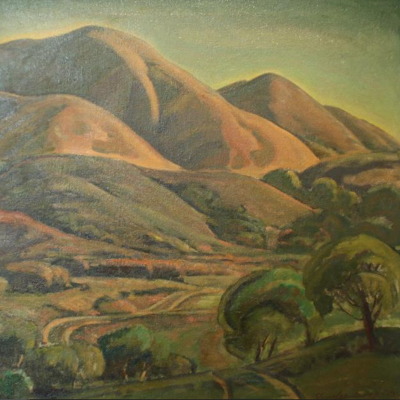 Gordon Nicholson Cope was one of the leading landscape painters in Utah during the 1930s, and 40s. A Salt Lake City native, Cope began his training in art with A.B. Wright and LeConte Stewart from 1916 to 1923. After a year working with Lawrence Squires in Arizona, the young painter went on for European study from 1924 to 1928. He then returned to Salt Lake City, and eventually became head of the Art Department of L.D.S. University for the 1930-31 school years, Equally gifted painting portraits or landscapes, Cope served as Director of the Art Barn School and teacher for the WPA from 1939 through 1941. After about 1960, he lived and worked in San Francisco.