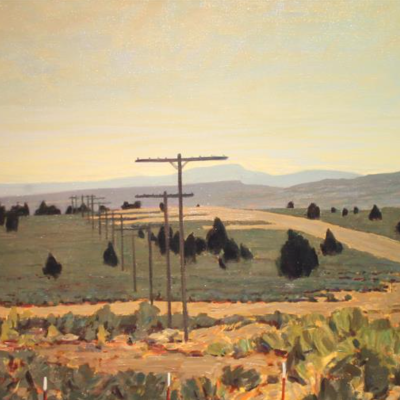 Earl Jones has been one of the most influential teachers and painters of the second generation of modernists in Utah. Born in Ogden, Utah. Jones studied under Alvin Gittins at the University of Utah, where he earned a BFA in 1959 and an MFA in 1962. He received private instruction from LeConte Stewart, and continued his education at the Art Students League in New York, where Joseph Hirsch was a major influence. The varied subject matter of his unsentimental work is presented using an intellectual approach to design, form, and color.