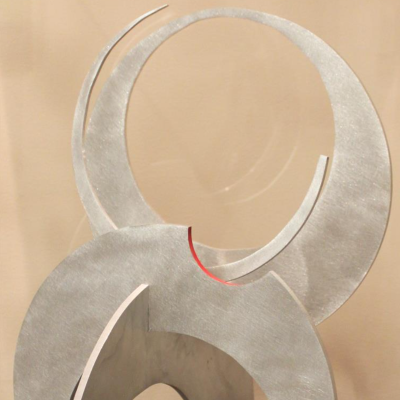 Born in New York City in 1922, Francis Porter Riggs graduated from the Pratt Institute specializing in industrial design. He moved to Utah when the Milo Baughman Design firm of Wellesley, Massachusetts was invited to set up an environmental design department at Brigham Young University. He eventually became a full-time faculty member in the Department of Visual Arts. A sculptor of minimalist metal pieces and cofounder of the North Mountain Artists Co-operative of Utah, Riggs completed numerous public works. His largest piece was done in 1979 and installed at Exchange Place in downtown Salt Lake City. After 40 years in Utah, Riggs moved back to Gloucester with his wife in 2008 and died in 2016 at 94.